Dispersion For Proximity’s Video Voting Machine was implemented in public for the first time on March 29th and April 1st 2017 at the first Global|Local Conference at Bard College.

The following video shows the first exciting round of votes that came in.

Voters did not have to be citizens to vote and simply registered with Dispersion For Proximity by writing their name and email on a piece of paper. They were then asked, “What do you vote for?” 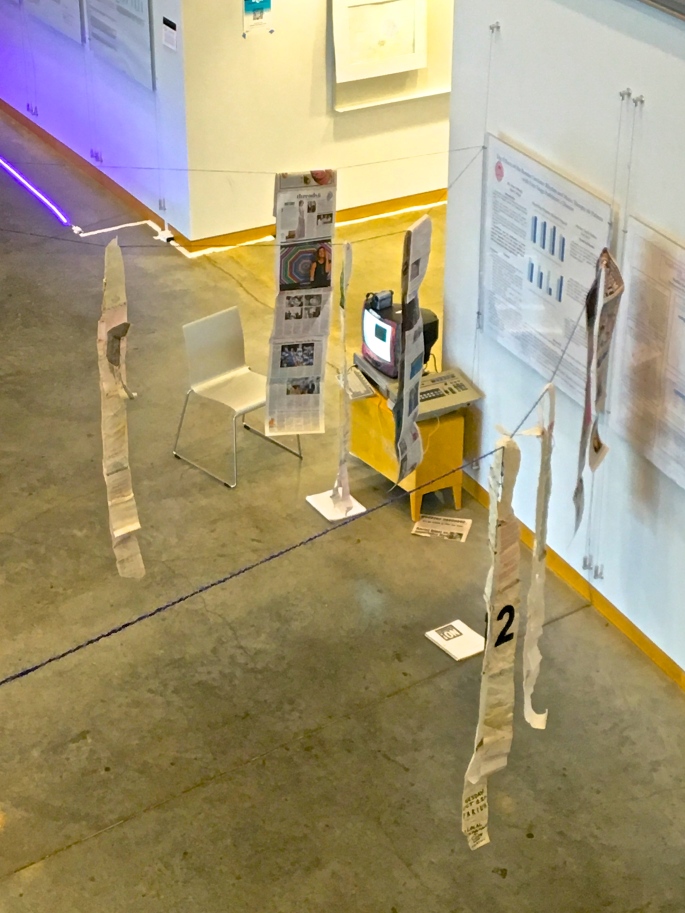 Some voters were explained Dispersion for Proximity’s voting philosophy. They endorse a political process that starts at the vote rather than culminating in a vote. The booth was accompanied by yarn and newspaper and receipt sculptures. The long strands of Newspaper were collaged of different publications from November 9th, 2016. The day after Donald Trump’s election. 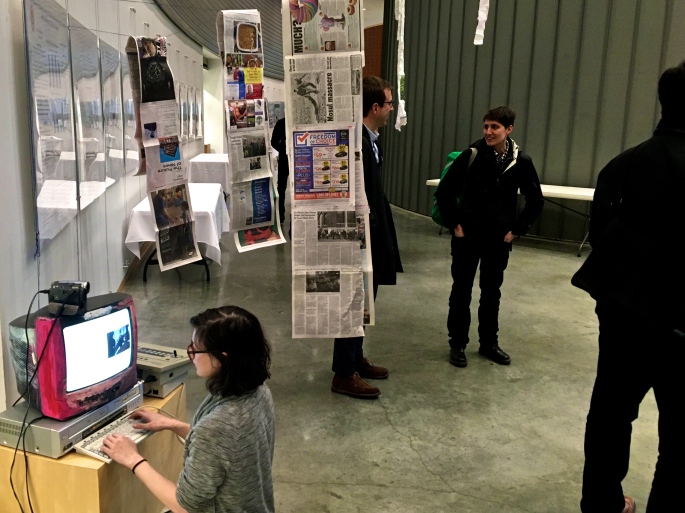